A soil is simply a porous medium consisting of minerals, water, gases, organic matter, and microorganisms. The traditional definition is: Soil is a dynamic natural body having properties derived from the combined effects of climate and biotic activities, as modified by topography, acting on parent materials over time.

There are five basic components of soil that, when present in the proper amounts, are the backbone of all terrestrial plant ecosystems. 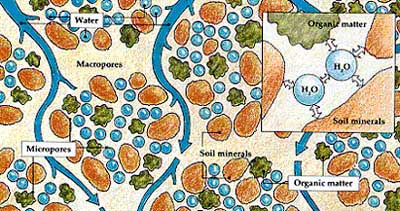 Figure 1. Soil is composed of a matrix of minerals, organic matter, air, and water. Each component is important for supporting plant growth, microbial communities, and chemical decomposition. Image courtesy of FAO.

1. Mineral
The largest component of soil is the mineral portion, which makes up approximately 45% to 49% of the volume. Soil minerals are derived from two principal mineral types. Primary minerals, such as those found in sand and silt, are those soil materials that are similar to the parent material from which they formed. They are often round or irregular in shape. Secondary minerals, on the other hand, result from the weathering of the primary minerals, which releases important ions and forms more stable mineral forms such as silicate clay. Clays have a large surface area, which is important for soil chemistry and water-holding capacity. Additionally, negative and neutral charges found around soil minerals influences the soil’s ability to retain important nutrients, such as cations, contributing to a soils cation exchange capacity (CEC). 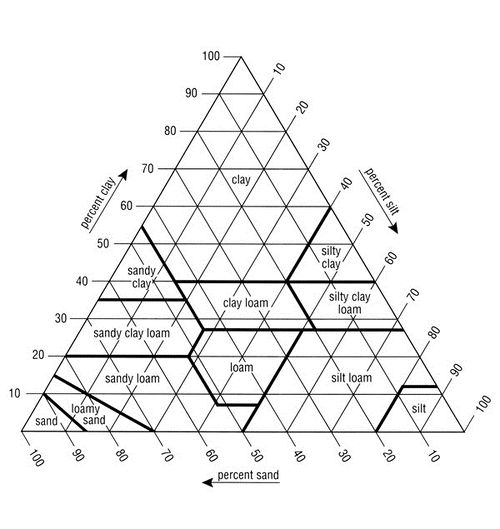 Figure 2. The U.S. Department of Agriculture Soil Texture Triangle is used to determine the overall texture of soil based on the percentage of sand, silt, and clay.

The texture of a soil can be determined from its sand, silt, and clay content using a textural triangle. The triangle above (Figure 2) is the one created by the U.S. Department of Agriculture’s Natural Resources Conservation Service and is primarily used in the United States. Percent clay in this triangle is read on the lefthand side of the triangle, the percent silt is read on the righthand side, and the percent sand is on the bottom. For example, if a soil contains 20% clay, 40% sand, and 40% silt (total = 100%), then it is a loam.

2. Water
Water is the second basic component of soil. Water can make up approximately 2% to 50% of the soil volume. Water is important for transporting nutrients to growing plants and soil organisms and for facilitating both biological and chemical decomposition. Soil water availability is the capacity of a particular soil to hold water that is available for plant use.

The point where water is held microscopically with too much energy for a plant to extract is called the “wilting coefficient” or “permanent wilting point.” When water is bound so tightly to soil particles, it is not available for most plants to extract, which limits the amount of water available for plant use. Although clay can hold the most water of all soil textures, very fine micropores on clay surfaces hold water so tightly that plants have great difficulty extracting all of it. Thus, loams and silt loams are considered some of the most productive soil textures because they hold large quantities of water that is available for plants to use.

3. Organic matter
Organic matter is the next basic component that is found in soils at levels of approximately 1% to 5%. Organic matter is derived from dead plants and animals and as such has a high capacity to hold onto and/or provide the essential elements and water for plant growth. Soils that are high in organic matter also have a high CEC and are, therefore, generally some of the most productive for plant growth. Organic matter also has a very high “plant available” water-holding capacity, which can enhance the growth potential of soils with poor water-holding capacity such as sand. Thus, the percent of decomposed organic matter in or on soils is often used as an indicator of a productive and fertile soil. Over time, however, prolonged decomposition of organic materials can lead it to become unavailable for plant use, creating what are known as recalcitrant carbon stores in soils.

4. Gases
Gases or air is the next basic component of soil. Because air can occupy the same spaces as water, it can make up approximately 2% to 50% of the soil volume. Oxygen is essential for root and microbe respiration, which helps support plant growth. Carbon dioxide and nitrogen also are important for belowground plant functions such as for nitrogen-fixing bacteria. If soils remain waterlogged (where gas is displaced by excess water), it can prevent root gas exchange leading to plant death, which is a common concern after floods.

Other specialized microorganisms such as nitrogen-fixing bacteria have symbiotic relationships with plants that allow plants to extract this essential nutrient. Such “nitrogen-fixing” plants are a major source of soil nitrogen and are essential for soil development over time. Mycorrhizae are fungal complexes that form mutalistic relationships with plant roots. The fungus grows into a plant’s root, where the plant provides the fungus with sugar and, in return, the fungus provides the plant root with water and access to nutrients in the soil through its intricate web of hyphae spread throughout the soil matrix. Without microbes, a soil is essentially dead and can be limited in supporting plant growth.

For more on Basic Soil Components: