Biodiversity refers to the range of life forms and species that exist within a given ecosystem. Different forest types have varying degrees of biodiversity. Tropical rain forests are some of the most biologically diverse ecosystems on the planet. However, even temperate forests consisting of only a few overstory tree species may contain surprising levels of biodiversity when all other life forms found within them are considered (e.g., herbaceous plants, mammals, birds, invertebrates, fungi, etc.).

Species exist within a particular forest ecosystem because they have adapted to the climatic, edaphic, or other conditions within that forest, and/or they depend upon other species within that ecosystem. Climate change will impact the biodiversity of forest ecosystems if species are unable to adapt to new climate regimes quickly enough to keep pace with changing conditions. For example, suppose that a migratory bird species depends on a particular plant within its summer range as a nectar source. If warmer conditions cause that plant to flower earlier in the year, by the time the bird arrives, it may have completed its flowering cycle. Unless the bird species adapts to migrate earlier, it may have reduced numbers or be extirpated from that ecosystem. Different species evolve or adapt at different rates, and many species have complex interrelationships, so it is very difficult to predict exactly to what degree biodiversity will be affected in a given ecosystem. 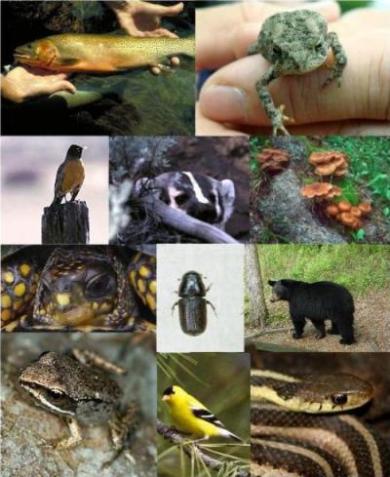 For more on Biodiversity in Forest Ecosystems:

For more in Forest Ecosystems: