All silvicultural systems have advantages and disadvantages in relation to site specifics and owner objectives. For example, if defoliating insects, such as spruce budworms, are a frequent problem on a site, maintaining an even-aged forest may help control their spread. In contrast, one advantage of using an uneven-aged system (in addition to aesthetics) is that it leaves behind less logging slash in any one harvest.

The choice of a silvicultural system depends on desired tree species, site characteristics, current stand conditions, management goals, wildlife needs, and logging conditions, among other factors. Ultimately the critical factor is how the chosen system affects forest function. For example, a shelterwood harvest may leave mostly shade-intolerant species in the overstory to regenerate those species, but if too little sunlight reaches the understory, shade-tolerant species will tend to dominate. 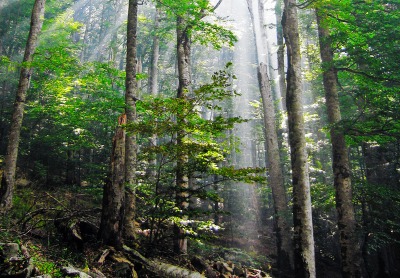 The different systems result in ranging outcomes, as Figure 1 shows for two factors, species favored and regeneration method. In general, moving across the continuum of the various systems—clear-cut to seed-tree to shelterwood to selection—the outcomes vary as follows:

There are, of course, notable exceptions to these generalizations. Also, while keeping in mind these generalities, it is important to consider features unique to each silvicultural system. For example, the seed-tree system has the greatest potential to improve naturally seeded trees’ genetics because the best trees are left to cross-pollinate with each other. The seed-tree system also has the highest risk of losing trees from windthrow or snowstorms, particularly if there were many trees per acre prior to cutting.

Beyond thinking about the general outcome ranges of the various silvicultural systems, a forest owner must consider his or her specific needs when determining which system to use. Some of the most important specific factors to consider are the characteristics and conditions of a particular site and stand, preferences with regard to wildlife use of a stand, and water quality issues for a property and the area around it.

Site and Stand Characteristics and Conditions

Site and stand considerations play a critical role in silvicultural system decisions. For example, if a site is harsh and dry, a shelterwood system might be appropriate. If a stand has been repeatedly high-graded, leaving nothing but poor-quality trees, a clear-cut entry and planting might be the most sustainable option. If a site has mistletoe issues, and the property owner wants to regenerate with the same species, a system that removes the infected trees can be critical. 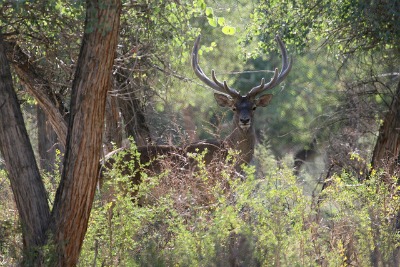 Which silvicultural system is best for wildlife depends on two critical questions. First, which wildlife species are being considered? Different wildlife species have different habitat needs. Second, what types of habitat exist or do not exist in nearby areas or on adjacent properties? For example, if deer or elk is the species of interest and the stand is surrounded by dense, second-growth forests, a clear-cut system might be helpful because the regenerating shrubs and forbs provide ample food. If a forest stand is surrounded by wheat fields, on the other hand, a system that retains more thermal cover may be more important for deer or elk. By implementing certain strategies, property owners can succeed in making a forest inviting for wildlife.

As with wildlife, water quality also is affected by what is happening on neighboring properties. For example, if all the overstory trees in a large percentage of a basin are removed by fires or timber harvesting in a short time period, springtime flows may increase, sometimes stirring up sediment in and along streams and reducing water quality. Of course, the degree to which this occurs depends on a watershed’s unique characteristics.