Understanding the responses of aquatic ecosystems to climate change requires understanding how climate affects the hydrology of streams, rivers, and lakes. Aquatic habitats and the fauna adapted to present ecosystems are much influenced by the runoff periodicity, such as annual peak snowmelt runoff timing, summer low-flow stages, flashy runoff events large enough to rework streams and alter spawning beds, and changing riffle and pool distributions.

Current climate simulations offer a mixed picture of future water resource impacts. Many studies downscale global climate models to ascertain finer scale hydrological model changes (Barnett et al. 2004, Christensen et al. 2004, Leung et al. 2004, and Stewart et al. 2004). One study on the Columbia and Sacramento-San Joaquin River basins predicted rising rain-on-snow precipitation events and a shift in snowmelt peak from May to April, which can increase flooding and shift runoff seasonality (Payne et al. 2004, Van Rheenen et al. 2004). However, another model for northern California using the Hadley Global Climate model did not indicate significant changes in summer precipitation. These differences in hydrological simulations make it difficult to get a clear picture of how climate change will impact water resources. However, changes in the seasonality and amount of precipitation can have significant impacts on aquatic ecosystems. 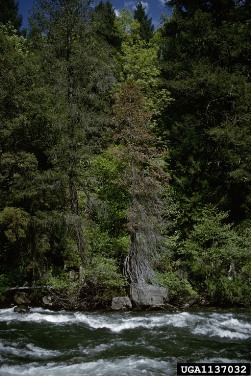 Figure 1. Hydrological simulations, such as those for the Sacramento River shown here, indicate significant changes in precipitation amount and seasonality, which can increase the number of flooding events and affect summer low-flows. Photo by Donald Owen, California Department of Forestry and Fire Protection.

Snowpack reductions would alter most western river hydrographs in varying degrees. For anadromous fishes, such as trout and salmon, reducing summer low-flows may have greater consequences than earlier peak runoff; in portions of western basins, this is already a problem because of water withdrawls for irrigation. Because of these changes, climate change effects could exacerbate existing water shortages for natural and human uses.

Runoff flashiness and the potential for greater flooding due to rain-on-snow events can have mixed consequences because many aquatic fauna have co-evolved with existing disturbance regimes. On short time-scales, floods generally decrease populations of aquatic organisms in some stream reaches. At the same time, perpetually uniform streamflow does not lead to the highest stream productivity. The problem most likely lies with the degree of departure from historic extremes. There may be thresholds that, when exceeded with greater frequencies or exceeded beyond a certain point in single events, will have catastrophic impacts on aquatic ecosystem productivity. It is not clear if current climate simulations of basin hydrology are within “normal” ranges or if they “push the envelope” beyond present tolerance limits. Stresses from human development, habitat degradation, water withdrawls, and dams have pushed many populations toward tolerance limits and disrupted the base for aquatic productivity. Adding negative changes from whatever source, climate included, could hasten degradation.