Planting trees in urban areas can help mitigate carbon dioxide levels because trees can sequester carbon and offset some energy use for cooling, as some studies have illustrated in California. 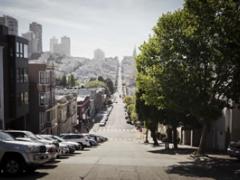 The California Global Warming Solutions Act of 2006 (AB32) requires a reduction in greenhouse gas emissions to 1990 levels by 2020. This amounts to a reduction of 173 million metric tons from the level projected for 2020.

If they were planted strategically to shade east and west walls of residential buildings, they would reduce energy use from air conditioning by 6,408 gigawatt-hours, equivalent to reducing carbon dioxide emission by 1.8 million metric tons annually. This assumes a 75 percent survival rate of seedlings after 15 years.

Combining the carbon sequestration by trees with the energy savings that strategic planting would allow, the estimated total carbon dioxide reduction is 6.3 million metric tons a year. This amounts to 3.6 percent of the state’s goal of reducing the emissions of this greenhouse gas by 173 million metric tons. That is about the same as would be obtained from retrofitting homes with energy-efficient electrical appliances.