An environmental threshold is often described as a tipping point. One of the enduring metaphors describing a tipping point is “the straw that broke the camel’s back”: the camel was fine until one more small unit of burden was added, and then the situation changed dramatically.

Think of bringing water to a boil. If we observe water in a vessel over heat, it just sits there still and calm until it suddenly changes to a boil – the threshold or “tipping point” where the water temperature exceeds the barometric pressure of the atmosphere that holds molecular activity of the water in check – and the water begins to change from a liquid to steam, or its gaseous state. Most of us know the temperature threshold of water boiling is 212°F. At higher elevations, the atmospheric (barometric) pressure is less, and water boils at a slightly lower temperature. Thus, environmental thresholds vary with the setting, and even small variations, such as the boiling point of water, can have big effects. Understanding natural thresholds and environmental consequences can be incidental or profound. 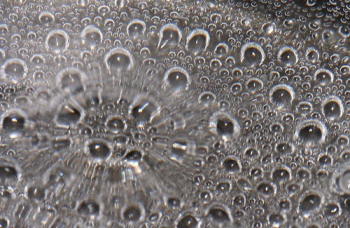 Figure 1. The example of water boiling demonstrates that small changes in temperature can help systems reach a “tipping point.” In the case of water, a temperature of 212°F is the difference between liquid water and water vapor.

In the forest and other natural environments, countless thresholds are involved in simple to complex relationships. Discussions and dialogue about thresholds for carbon monoxide, ozone, temperature, and other climatic factors related to climate change, or “global warming” can be contentious. Often people are confused when measurements of real change are very small, yet both scientists and non-scientists cite them as evidence of the environmental change we are experiencing now or facing in the near future. Many people understandably scoff at the notion that a one or two degree change in average annual global temperature could melt polar icecaps, raise oceans, and flood coastal cities. A lot of the confusion may result from poor communication about how thresholds operate and which limits are being reached or exceeded, and how they relate to both natural processes and human impacts. There is also confusion and continuing research about the reliability of these estimated and predicted changes.

Most people accept that increased levels of global carbon dioxide hold more of the Earth’s heat in and increase temperature. The argument seems to be about how much carbon dioxide is really increasing, how much human activity contributes to this increase, and whether reducing carbon emissions can have a significant impact on reversing climate change. Understanding the concept of thresholds can help us understand substantial predicted changes based on small environmental changes. 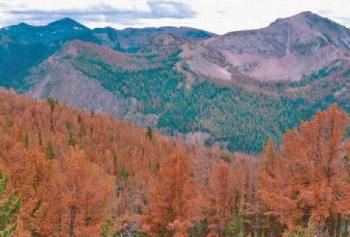 Multiple thresholds of concern are being approached due to real and potential/predicted climate change. Some of these have already been documented, such as melting glaciers and icecaps, thawing permafrost, ocean plankton die-off, etc. One current, dramatic event clearly associated with a climatic threshold is the vast outbreak of the mountain pine beetle (Dendroctonus ponderosae) that is killing lodgepole pine (Pinus contorta) in British Columbia. The devastation covers millions of acres with nearly all of these pines dead or expected to die within the next few years. Historically, average winter low temperatures were below the threshold for beetle survival. If they had not been, many of these otherwise susceptible, old, and overly dense forest monocultures would have succumbed to beetles long ago. The entire forest management regime in these areas now must change in response to this new threat, including dramatic changes in deciding which tree species to favor and in terms of the wildlife habitat and economic systems that depended on the historic forest ecosystem. This is just one example of how many things we know about forest management can be dramatically challenged by climate change, whether it be predicted future global warming or changes in climate thresholds that are already soundly documented.

Next: Tackling Uncertainty in Environmental Change >>

For more on Climate Change and Environmental Change: