The understory of a forest is made up of the trees, shrubs, and herbaceous plants that exist below the canopy. In general, the forest understory makes up the largest percentage of plant diversity in a given forest ecosystem. While the canopy, or overstory, may be composed of one to a dozen tree species, depending on the ecosystem, many more plant species tend to be found in the understory (Table 1).

While many understory plant species have extensive ranges, some are limited to scattered, localized populations, either due to extremely specialized habitat niches or due to changed land use or management (Fig. 1). The ability of these rare species to persist in future climate scenarios will depend on localized climate impacts as well as the species’ reproductive and dispersal patterns. 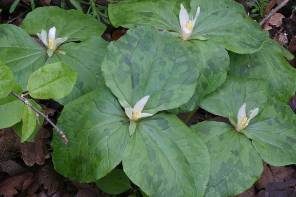 Figure 1. Small-flowered trillium (Trillium parviflorum) is a relatively uncommon herbaceous plant found in moist, hardwood-dominated Pacific northwest forests. Species such as this one that have limited distribution, scattered populations, and specialized site requirements may be the most vulnerable to climate change. Photo by Rod Gilbert, courtesy of University of Washington Herbarium, Burke Museum of Natural History and Culture, http://biology.burke.washington.edu/herbarium/imagecollection.php.

The overall biodiversity of a forest ecosystem is also heavily dependent on a healthy and diverse understory plant community because many animal species depend on understory plants for food, cover, nesting sites, or other needs. Bird species, for example, utilize many vertical layers in a forest; while some bird species (such as raptors) nest in treetops, others nest and forage in the shrub layer (Fig. 2). Herbaceous vegetation and deciduous shrubs host a wide range of insects which are in turn consumed by birds, reptiles, and amphibians.