Greenhouse gases (GHGs) such as carbon dioxide, methane, and water vapor, are naturally part of the Earth’s atmosphere. These gases tap heat from the sun’s radiation in the atmosphere and act as powerful amplifiers of temperature. The natural greenhouse gas effect (Figure 1) helps to elevate the average temperature in the lower atmosphere to a comfortable 60 degrees F. Without GHGs, average atmosphere temperatures would fall below the freezing point of water at approximately 32 degrees F. 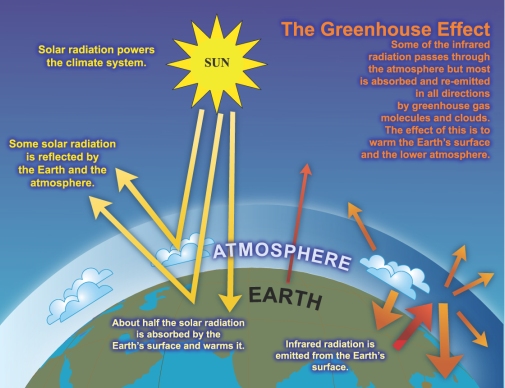 The enhanced GHG effect occurs when gases such as carbon dioxide are emitted into the atmosphere in quantities that increase temperature. Usually, the implication is that the sources for these additional quantities stem from human activities, such as burning fossil fuels.