Forests (Figure 1) are composed of many trophic levels that include primary producers: large and dominant trees, as well as understory shrubs, forbs, grasses, mosses, lichens, and even algae; large and small herbivores such as moose, deer, mice, and caterpillars; carnivores such as cougars, coyotes, weasels, shrews, and cleride beetles; and decomposers, which could include larger animals such as bears that eat carrion but are usually comprised of smaller organisms such as earthworms, fungi, and bacteria. Across all these biotic levels, the small, inconspicuous, and often microscopic organisms are referred to as microflora and fauna. In general, the greater the biological productive potential of a site, the more organisms a site will contain. 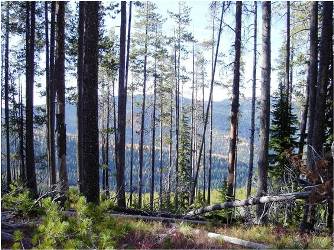 Figure 1. A forest is both food and habitat for millions of different organisms, most of which are not easily seen or noticed. Photo courtesy of Peter Kolb, Montana State University.

In forests, trees usually dominate the biological processes because they are the largest primary producers and they have a profound influence on the local microclimate. They provide a primary food source for large and small herbivores, as well as a variety of decomposers. Trees also serve as habitat, and regulate microclimates for organisms such as lichens and mosses that need shady, moist places, or den and nest sites for small mammals, amphibians, insects, arachnids, arthropods, snails, and worms.

Trees are the primary energy source for many organisms. Insects, fungi, and even bacteria rely on living and dead trees for their food source. If these organisms have coevolved with trees and forest ecosystems, they usually exist at chronic background levels and are most noticeable as entities that contribute to some level of tree mortality. Tree stem cankers, wood and root decays, and needle diseases (Figure 2) are all microscopic organisms, usually fungi or bacteria, that rely on trees for their existence. Because they coevolved with certain tree species and locations, trees have also developed defenses against them and, as a population, are rarely destroyed.

Figure 2. Tip blights, stem decays, and stem cankers are caused by different fungi that feed on trees. In turn, they may provide habitat for some other organisms, such as wood-eating beetles, cavity-nesting birds, or in the case of the stem canker, a tasty mushroom dinner for squirrels that like to eat the fungal fruiting bodies. Photos courtesy of Peter Kolb, Montana State University.

Occasionally, a change in circumstances, including the introduction of an exotic fungal disease such as Dutch elm disease, a change in the climate such as prolonged drought, or a mutation that creates a more viral strain, may enable an organism to gain a new advantage that allows it to have a new and potentially devastating impact on its host or food source. In the case of Dutch elm disease, for example, almost all mature American elms have been killed off in North America since its introduction in 1928. When severe drought hit the western United States between 1995 to 2004, bark beetles gained an advantage and grew to epidemic populations, killing off previously unrecorded large swaths of forests.

However, even these events have benefits for other organisms – such as decomposers. Dead and decaying wood (Figure 3) is a food source and growing medium for multiple trophic levels of organisms. Examples are wood fragmentors, often insects such as longhorn beetles that are a type of dead wood primary feeder, and fungi that break down the wood into its elemental components of cellulose and lignin. Both these also provide a food source for other organisms. Rotten wood retains moisture and provides a terrific growth medium for a variety of lichens and mosses. Overall, the greatest number of uncatalogued and undiscovered species exist as the microflora and fauna in forests and soils. Some estimates indicate that only 30 percent of the world’s forest microorganisms have been discovered to date.

Figure 3. Dead wood is returned to its elemental state by the actions of a variety of microflora and fauna. Without them, the nutrients and energy locked in the wood would not be released except by fire. Photos courtesy of Peter Kolb, Montana State University.

Resources available in this section: