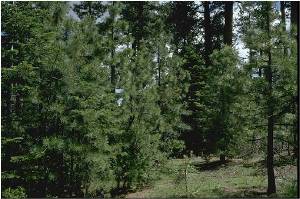 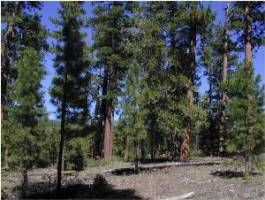 Promoting resilience is the most commonly discussed adaptation strategy in the scientific literature (Dale et al. 2001, Spittlehouse and Stewart 2003). When a species, habitat, watershed, or other natural resource returns to its former condition or function after disturbance naturally, it is said to have been resilient.

Climate change could bring new types and intensities of extreme events, so management actions to promote resilience include those that improve the capacity to return to desired prior conditions after extreme events or climate-induced disturbances. The widely held assumption, adopted from human health care but relatively untested in natural ecosystems, is that “healthy” species, forests, and ecosystems are more resilient to change. So, preventive treatments aimed at increasing health are prescribed.

In mountain ski resort communities, an action to promote resilience to climate-change-induced, low-snow winters might be to add snow making equipment. As in resistance options, strategies to promote resilience are likely successful only in the short-term. For instance, snow making equipment will only work while the air is cold enough to freeze water. Eventually, changed climates could force new environmental conditions such that ecological resetting rather than resilience will be the “healthiest” path toward adaptation.

If changes grow more extreme and entrenched, it may be necessary to pursue a more proactive strategy, such as enabling ecosystems and resources to respond to climate change.

Spittlehouse, D.L. and Stewart, R.B. 2003. Adaptation to climate change in forest management. BC Journal of Ecosystems and Management. 4 (1): 1-11.

For more on Promote Resilience to Change: