Radiative forcing measures the influence that climate-altering factors have on the energy balance of the Earth. Examples of factors that can alter the Earth’s energy balance include atmospheric concentrations of greenhouse gases, aerosols from volcanoes and air pollution, and the amount of solar radiation delivered to the Earth by the Sun. 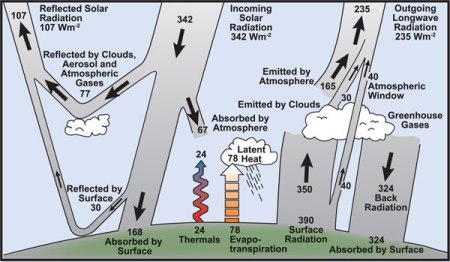