Reducing fuel load is one strategy forest owners can use to make their forests more resilient to fire. Moreover, the practices used to reduce fuel load also tend to make the forest more resistant to mortality from drought and bark beetles. Reduce the fuel load on your property by implementing the following practices: 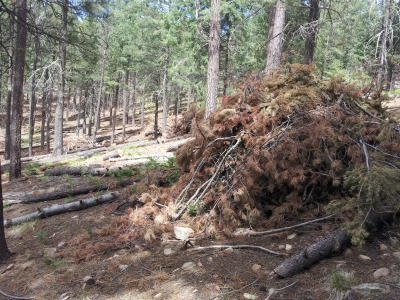 Removing potential wildfire fuel, like these dried pine branches on a forest floor in the Catalina Mountains in Tucson, Arizona, is an important part of maintaining a healthy forest. Photo: Melanie Lenart

The following articles provide more information about reducing the risk of damaging fire in your forest: