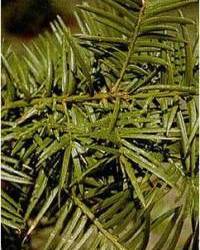 Figure 1. The Torreya Guardians have already begun to transplant members of the southeastern conifer Torreya taxifolia beyond its native habitat in Florida and Georgia, an issue that sparks debate about assisted migration. Photo: U.S. Fish and Wildlife Service.

Faced with a dwindling population of less than 1,000 members of a native Florida conifer known as stinking cedar (Torreya taxifolia), a nonprofit group known as the Torreya Guardians has been cultivating seedlings on private lands to promote the species’ survival in the face of climate change.

This so-called assisted migration of species remains controversial among forest managers, with most favoring one of three distinct policy options:

These three positions characterize the discussions among ecologists. Each position is characterized below in an effort to move the dialogue forward. In all cases, ethics suggest that parties proposing to move species seek legal authority to collect and move individual members of a species and notify all parties who might be affected by this management practice.

“I don’t have a sense of what’s normal. I do have a sense of species moving a lot through time.”
— Connie Barlow, founder of the Torreya Guardians and a writer/naturalist with a background in evolutionary biology, as quoted in Nijhuis (2008).

Strong advocates of assisted migration typically believe that climate constrains most species’ distributions and that pending climate changes will lead to imminent extinction of some or many species. They tend to have confidence in the accuracy of projected habitat shifts associated with future climate change. Some see assisted migration as a way of addressing broader human-caused disequilibria with nature (Martin 2005).

The strongest advocates for this position would apply the principle of assisted migration broadly to many species, arguing that time is short and there’s not enough time to develop species-specific predictions and models. This position is characterized by a belief that the risks of inaction are high. Proponents of this position may require predictive habitat models to guide the release of organisms, but they may also simply opt to endorse broad movement, allowing ecosystems to sort themselves out.

“When it comes to introducing nonnative species, we have such overwhelming evidence of good ideas gone bad . . . and this isn’t just The (Nature) Conservancy’s policy, it’s my personal policy. . . . it’s very dangerous tinkering.”
— David Printiss, manager of The Nature Conservancy reserve just south of Torreya State park, as quoted in Nijhuis (2008).

Adherents of this position emphasize the risk of human interference, no matter how well intentioned. They point to the uncertainty that surrounds our understanding of what controls the distribution and abundance of species, noting it is difficult to predict which species will become pests. They also note that monitoring efforts are unlikely to prevent problems, as decades may pass before an introduced species becomes a pest.

Proponents of the position that managers should avoid assisted migration suggest too many uncertainties are involved, from climate predictions to other factors such as biotic interactions (Guisan and Thuiller 2005). They accept that rejecting assisted migration will increase the threat of climate-driven extinction of species. However, they advocate for management efforts that could help reduce the risk, such as scientific and conservation efforts to preserve isolated populations (Schwartz et al. 2002) and efforts to facilitate natural migration via landscape design (Pearson and Dawson 2005).

“Conservation has really been built around a static view of the world. Given that climate change is going to happen, we need a whole new suite of strategies that could complement the old ones. This could get more people thinking about the other strategies we need.”
— Dov Sax, Brown University ecologist and invasive species researcher, as quoted in Nijhuis (2008).

Although supportive of the potential value of assisted migration, this position is still likely to risk extinction for some species because proposals would require substantial data, and disputes could lead to costly delays. It is likely this approach would be implemented only for a few species of highest concern.

Debating the Pros and Cons

Such research efforts could help answer important questions that must be addressed in this debate. Is there a population level threshold that should trigger consideration for assisted migration? Which species should be priority candidates? How could populations be introduced to minimize potential problems? A consensus that identifies the risks and opportunities of alternative approaches to assisted migration and suggests best-management strategies would be a step forward in developing a coherent policy stance on this issue.