Weather and climate are often confused. In this article, we explore how climate and weather are different from and related to each other. 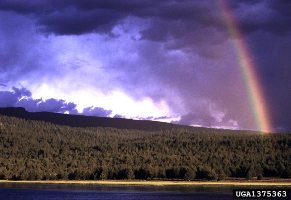 Figure 1. As an example of climate, thunderstorms usually occur during the summer months in the southwestern United States, whereas each individual storm represents an example of weather. Photo by Terry Spivey, USDA Forest Service via forestryimages.com

Do you trust your local weather forecaster to tell you the precise highs and lows for this day next year? Probably not. But you probably do expect next summer to be warmer than next winter. This expectation describes the difference between weather and climate.

Weather is driven by temperature differences in the atmosphere caused by the Sun’s uneven heating of the Earth’s surface. The heating gives rise to weather phenomena experienced as changes in rain, temperature, and winds that are complex and chaotic. Because of this chaotic nature, weather forecasts of more than a few weeks often are not accurate. Weather is also dynamic. It can change in minutes, as when an overcast sky gives way to thunderstorms. Weather also varies over the course of a day, as nighttime temperatures typically fall below daily values, and over seasons, when summer temperatures soar above those of winter. In essence, weather describes the evolution of the current state of the atmosphere and short-term fluctuations in variables like temperature and precipitation at a location over periods of minutes to several weeks.

Climate, on the other hand, is a measure of the typical, or average, weather for a particular place or time of year. Climate often describes the conditions over periods of decades to millennia. Whereas a particular thunderstorm is a weather event, the numerous storms of the monsoon season are a characteristic of the Southwest’s late summer climate. Climate is often represented by statistics, such as the mean and standard deviations, which describe the variability around the mean.