Forests in the Midwest are seen as less susceptible to major losses than forests in the West because of the generally higher moisture levels, greater deposition of nitrogen, which acts as a fertilizer, and lower wildfire risk.

Climate in the Midwest has warmed by about 1.5 degrees Fahrenheit since 1900, but the warming has occurred mainly in recent decades, so the recent rate of change is accelerating faster (Figure 1). The region is project to face another 4 to 5 degrees Fahrenheit of warming by about mid-century, with projections depending in part on how much oil, coal and gas are used to contribute heat-trapping gases to the atmosphere. The inland nature of the Midwest offers some protection from sea level rise, while the presence of the Great Lakes and the river system feeding into them offers an additional buffer. 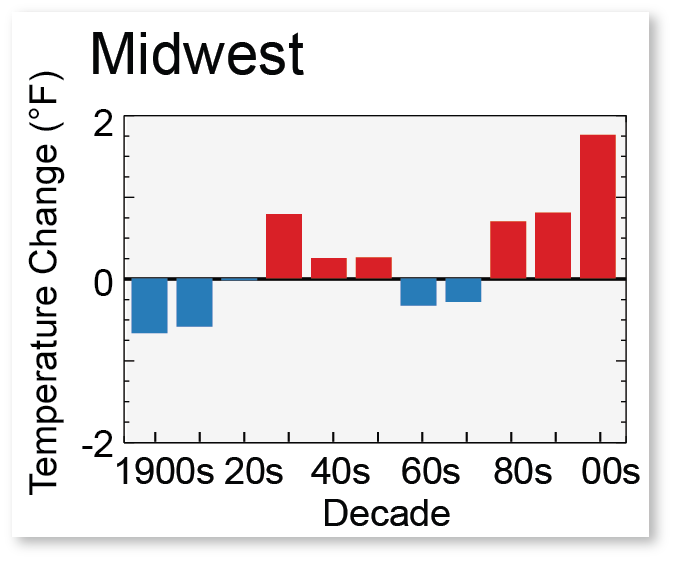 Although Midwestern trees may be less vulnerable than trees in some other regions, the generally flat landscape of the Midwest suggesting that species migration will be limited as the warming continues. For instance, an upward shift about 600 feet in mountainous terrain would typically bring temperatures about 2 degrees Fahrenheit cooler. To reach a similarly cooler climate on flat terrain would require a shift of about 100 miles north. When planting new trees seek professional advice about species selection.

Tree species most at risk include paper birch, quaking aspen, balsam fir and black spruce. All of these species are projected to decline across the northern Midwest as the climate they favor moves northward (Figure 2). In turn, several oak and pine species may expand their ranges northward to occupy more area in the region. 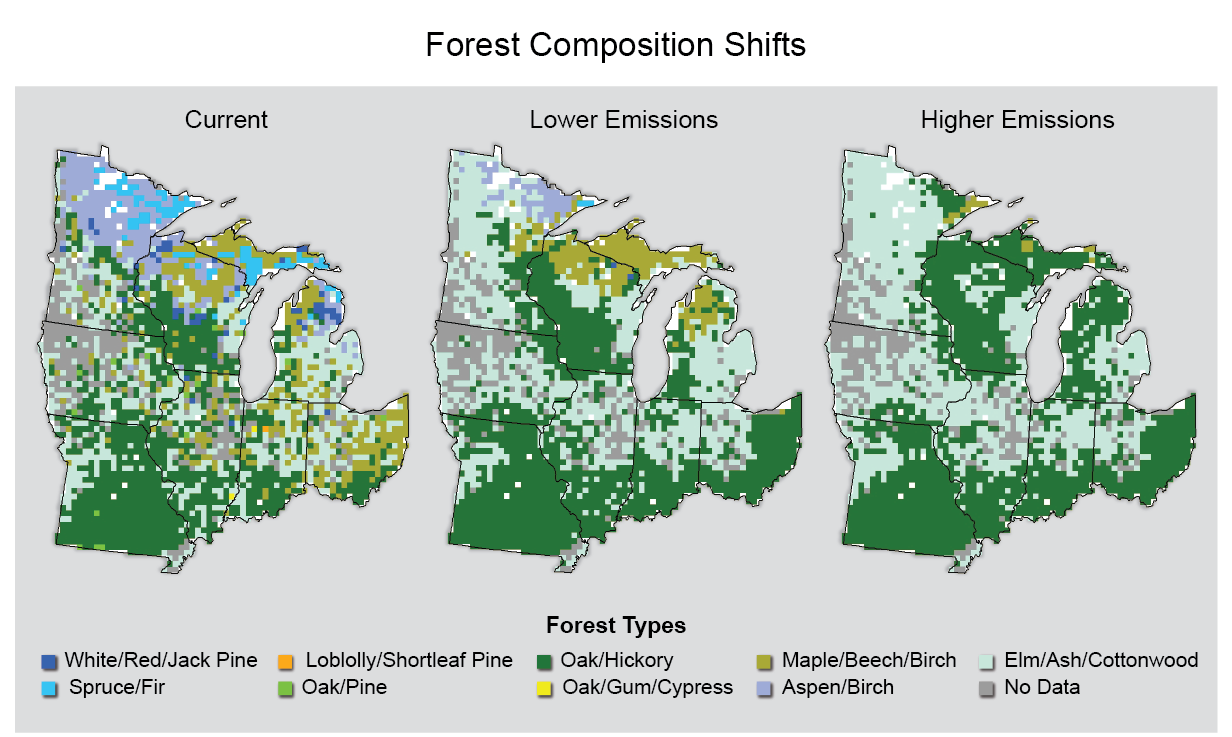 Figure 2. Current versus projected future distribution of habitats for forest types in the Midwest under two emissions scenarios, a lower scenario that assumes reductions in heat-trapping gas emissions (B1), and a very high scenario that assumes continued increases in emissions (A1FI). While some forest types may not remain dominant, they will still be present in reduced quantities. (Figure source: Prasad et al. 2007).

The most vulnerable species are likely to be those that:

The Midwest has seen an increase in its overall growing season of about two weeks since 1950, which can have some advantages to crops and forests if precipitation is not limiting. In large part, the change relates to earlier springs. However, a general trend toward earlier springs does not insulate plants from problems. If warmer conditions stimulate budding and then a cold spell strikes, fruit production can be decimated, as occurred in Michigan’s tart cherry production in both 2002 and 2012.

While precipitation may help buffer some problems, timing and intensity remains important and subject to change. The proportion of precipitation falling in extremely heavy events—those that formerly represented only 1 percent of precipitation events—increased over the last century, and these trends are expected to continue (Figure 3). Despite the projections for increases in intense rainfall, the number of consecutive dry days is also projected to increase (Figure 3). 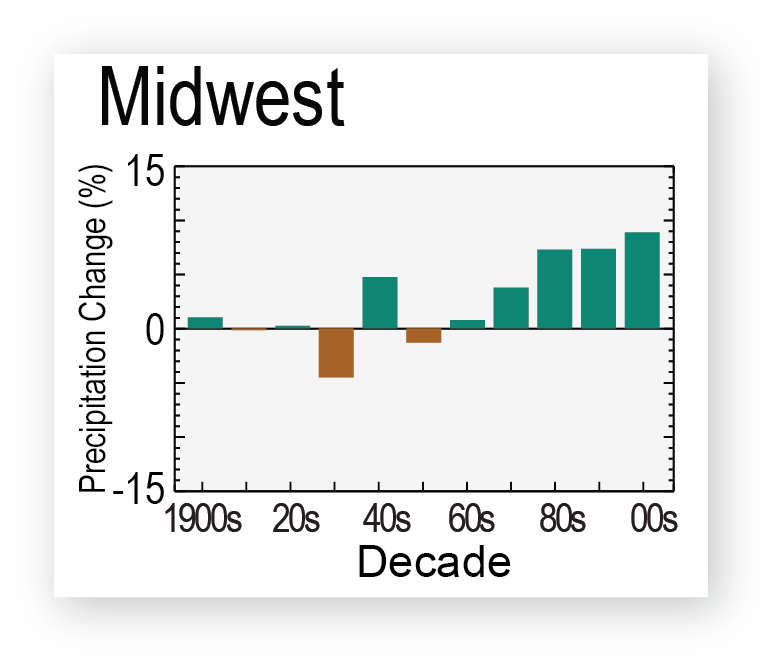 Figure 3. Average precipitation differences by decade for 1901-2012 (relative to the 1901-1960 average) for the Midwest. The far right bar in each graph is for 2001-2012. (Figure Source: NOAA NCDC/CICS-NC, at http://nca2014.globalchange.gov/report/our-changing-climate/precipitation-change#tab2-images)

On the deficit side, researchers have found a correlation between warm and dry conditions during Midwest summers. The evaporation process uses up some energy that could otherwise turn into heat. At the same time, this correlation suggests potential problems ahead, because hotter droughts tend to be more damaging than cooler temperature droughts.

For more insights on how climate change is affecting and is projected to affect the Midwest, see http://nca2014.globalchange.gov/report/regions/midwest